VIFF 2022 – Films About Disability are Authentic, Tender, and Provocative

This year’s VIFF line-up of neurodiversity/disability inspired films was exceptional – a parent’s dream in fact. As we work to erase stigma about folks with disabilities, features like these in main stream media have a significant role to play, particularly when their actors have the disabilities that they are portraying. The authentic, tender and provocative content delivered this year, included:

When Time Got Louder, directed by Connie Cocchia;

Lay Down Your Heart, directed by Marie Clements; and

Plans are in the works to bring these award-winning documentaries back to our city when they have finished the festival circuit. For now, I will bring you a small taste of VIFF 2022 in review. 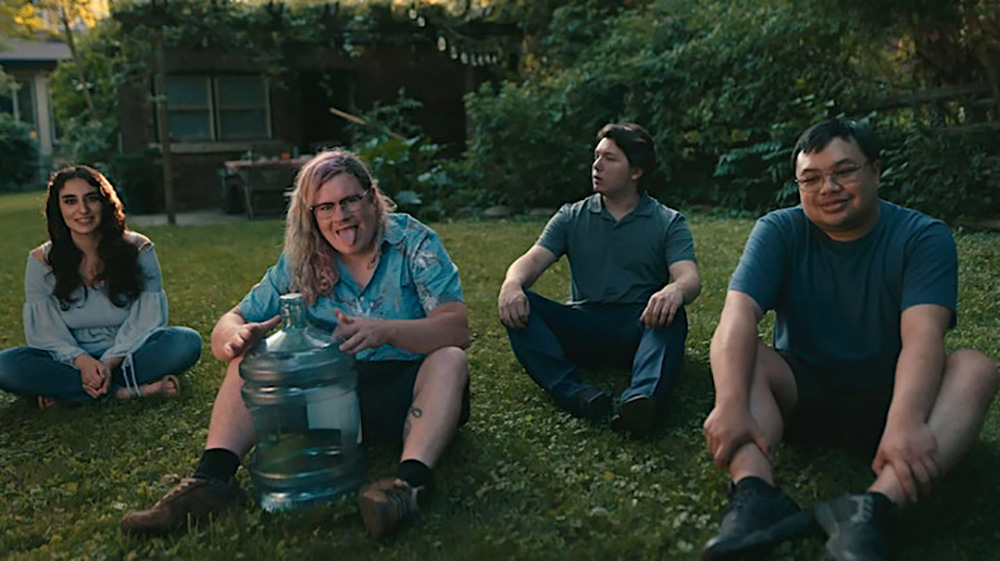 Cast from left to right: Frontwoman Rawan Tuffaha on lead vocals, punk rocker Spenser Murray on drums, Elvis aficionado Jackson D Begley on guitar, and Ron Adea (who’s been playing classical piano since he was a toddler) on keyboards. Not shown, is Maury LaFoy, musical director.

As per our tradition, posAbilities, BACI and Kinsight sponsored a film about the lived experience of disability at the 2022 Vancouver International Film Festival. This year’s feature, Okay! (The ASD Band Film) was a journey alongside four talented autistic musicians – Rawan, Spenser, Jackson and Ron who come together as a kick-ass garage band and in short order cut their first EP. The film follows them through their formative stage as a group, capturing their talent and determination as they lay down their tracks – almost effortlessly, leading up to their first live show. The ASD Band’s songs are billed as “energetic blasts of melodic power pop” – and none moreso than Fireflies. Their lyrics express some of the challenges faced by those on the spectrum (“We’re different, not less”), as is also the case with the song Masquerade. “We put on a mask to blend in with normal society,” explains Jackson. “It takes a very big mental toll. I decided to write a song about ripping the mask off.” Care to listen? You will find these songs on YouTube and on Spotify.

During the film, we also get a chance to peek behind the curtains of their home lives. Meeting their parents and siblings, we discover the trials and tribulations of growing up autistic. Later on, we also meet the Bodanis family.  Dan, father to three sons on the spectrum, started a charity called Jake’s House in Toronto, which is where the bandmates originally met, and subsequently started to jam.

Despite growing up with a difference, this story is all about hope and building up one’s self confidence. Through an “uplifting, illuminating and rocking documentary” Okay! (The ASD Band Film) does just that! This film won the Rogers Audience Award for Best Canadian Documentary, and took 2nd Prize at Hot Docs 2022.

View the trailer here, and learn more about their upcoming screening at the Raindance Festival in the UK, running October 26 to November 5, 2022. OKAY! (The ASD Band Film) + Q&A Autism Friendly Screening – Raindance

Next, we’ll review When Time Got Louder  directed by Connie Cocchia, and premiering in Canada at the VIFF. Although the story is fictitious, the director draws on her own experience as a queer woman, and sister to a young man on the spectrum to share a story of the heart. I give that film 5+ stars…it was moving beyond measure. Stay tuned!