In recent years, there has been a call for more diversity in film, both behind and in front of the camera. While Hollywood is making slow progress, independent and experimental cinema continues to give voice to lesser-heard perspectives.

posAbilities has partnered with Cineworks to showcase the untapped creative potential of people with intellectual disabilities to create and appear in films. We’re proud to present When Colour Bursts Through, three new collaborative film works.

Through this initiative, three individuals from the Stage Door Theatre Troupe were paired with three student artists from Emily Carr University of Art & Design to produce short videos (between one and seven minutes). The films were based around the themes of identity, community and experiences. 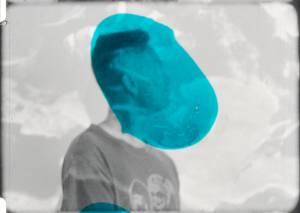 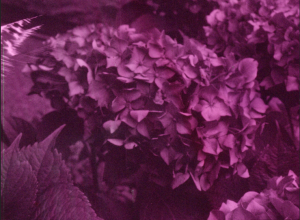 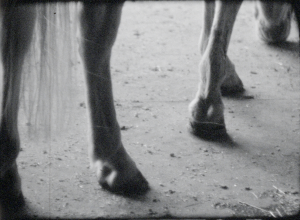 The films were shot on 16mm film and processed in the Cineworks Annex darkroom.

The aims of the project are to:

“This initiative has showcased the creative potential of people that we support, whilst creating greater collaboration within the community.” –Jemima Macdonald, Project Coordinator

The films draw on the real experiences of the participants to explore the challenges and victories of living with disabilities. For example, Rider, co-directed by Miranda Orth and Svava Tergesen, draws on Miranda’s experience as a horse rider. An athlete and Special Olympics participant, Miranda first got her start in sports with the Richmond Therapeutic Equestrian Society.

“Miranda was wonderful to collaborate with – she had so many ideas and brought a lot of enthusiasm to the project”. –Svava Tergesen, Emily Carr student

“My mentor, Svava, and I found it exciting to work on my documentary together.” –Miranda Orth, Stage Door player

Each of these short but insightful film works bring new perspectives to the screen. Project coordinator Jemima Macdonald says she looks forward to seeing where else they might be shown and hopes the project “will highlight the need for greater representation of people with disabilities in the media, both on and off screen.”

All three films will be screening at 7pm on Thursday, October 24 at Cineworks Studio in Vancouver. The screening will be followed by a Q&A session with the filmmakers.

When Colour Bursts Through: a screening of films from posAbilities & Cineworks

Join us for a night of heartfelt films and insightful conversations. When Colour Bursts Through

When Colour Bursts Through explores the power of creation and artistic expression’s ability to help process our deepest emotions. Art is for everyone: we all have the potential to create something meaningful. Rider is an experimental documentary that follows a horseback rider as they prepare for a lesson. Cycling between old memories and present-day processes, the film reflects on ideas of the archive, disability and therapy. Comedian Jimmy Trinh and his best friend Gregory navigate kinship, theatre and disability with passion and a striking sense of humour.